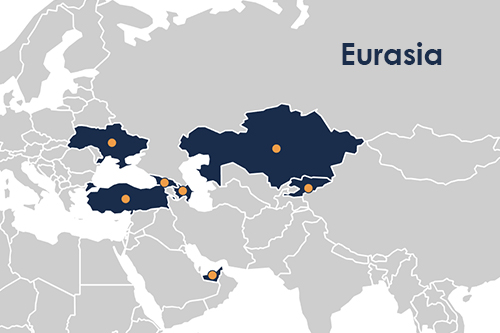 Private Equity (PE) assets under management hit $4.3 trillion in 2016. It is predicted to reach $15 trillion over the next decade growing by 3.5 times according to Forbes.

The private equity investment in Central and Eastern Europe (CEE region which excludes Russia, Central Asia, Caucasia and Turkey) rose to 1.9B in 2016, while fundraising for investing in the region grew by 62 percent adding up to $740M, according to the annual report by "Invest Europe". Despite this growth, private equity investments in the CEE region represent less than 0.1 percent of total assets under management of the global PE industry.

By this measure, Central Asia and Caucasia are not even on the radar of the PE Industry. The most advanced in the region is Kazakhstan. It is ranked 49th in the Venture Capital and Private Equity Attractiveness Index 2016 (the index developed by two prominent business schools). The Index ranks 125 countries by several criteria measuring their investment and business environment and attractiveness to the PE industry. As per the same index, Georgia is ranked 63rd, Ukraine 71st, Armenia 75th, Kyrgyzstan 90th, Azerbaijan 105th. Russia is ranked 41st while Belarus is ranked 95th in the same Index. 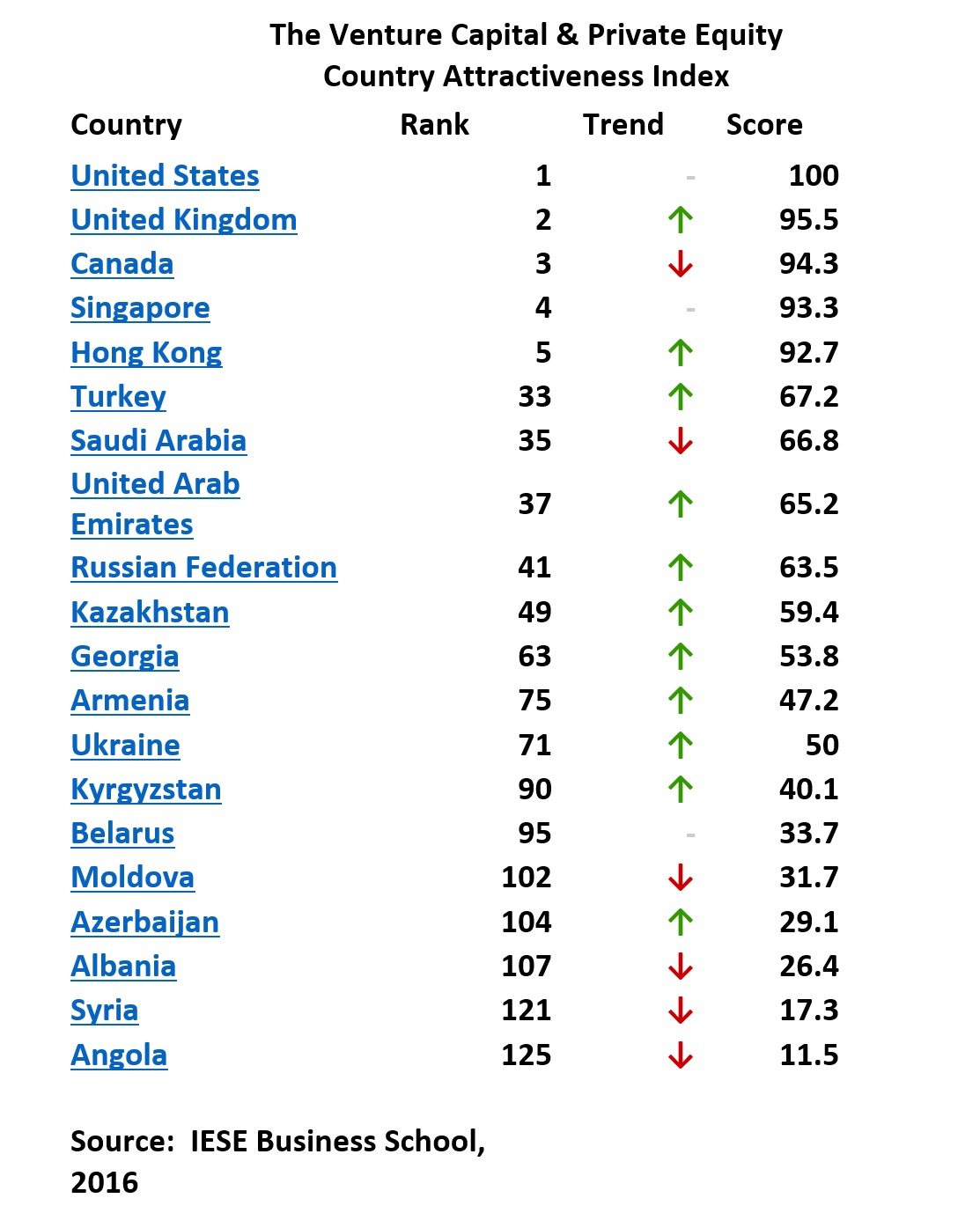 As to the factors that keep investors away from the Eurasia region (CEE, CIS, Turkey, Middle East), political and currency risks, historical performance, and limited number of established funds top the list. These are supported by the findings of the EMPEA’s 2017 Global Limited Partners Survey. Interestingly, limited partners believe that there is adequate investment and exit opportunities. Regulatory and tax issues are another acute concern for the investors as per the survey. This indicates that the countries in the region have lots of homework to do to enhance their attractiveness for the PE industry, the leading pillar of the asset management industry. Since 2014, the Middle East, CEE, Turkey, Russia / CIS regions are the least attractive for the GP investors among emerging markets. India, Southeast Asia and China confidently occupy the top places in this ranking.

Size matters for attracting the FDI into the region. Consolidation of companies could help in attracting more LP and GP investments. Most of the active funds in the Eurasia region are dependent on IFIs for funding. Developing local LP market, where pension funds, insurance companies, SWFs, local family offices are important.

CEE, CIS, Central Asia, MENA regions have significant potential for strong growth over the next decades. The countries in these regions are substantially below their potential production / economic output levels. This was vindicated by the results of the survey which found scale of investment opportunities in these regions as being the least concern for LPs.

The countries of focus of Tethys Investments, Azerbaijan, Georgia, Kazakhstan, Kyrgyz Republic, Turkey, Ukraine, and UAE, have combined $1.5 trillion nominal GDP and $3.7 trillion purchasing power based GDP. On average, these countries had $12.4 thousand GDP per capita. These countries grew by 3.6 percent per annum during 2007-2017, and they are forecast to post 3.2 percent growth in 2018.

Combined these countries have $270 billion in international reserves. They export more than $0.5 trillion in goods and services. The better prospect is being generated by the substantial fall in the price of oil and gas, the major export item of these counties. This event has led to the set of unthinkable economic reforms in these countries and across the region. Tethys Investments Team expect that the reform agenda triggered and sustained by the collapse of the commodity prices will continue well into the next decade, thus unleashing the economic potential of the region, creating the fastest growing region of the world at the scale comparable to China and India. If the region is able to generate 7% growth in the next 10 years, we estimate the nominal GDP of our focus region to double in a decade reaching $3 trillion.

The region will benefit from the shift in the direction of the capital flows due to the saturation and signs of overvaluation in developed markets where assets have become very expensive. While the EV / EBITDA multiples for buyouts is around 10 in the US and Canada, it makes just 6 in Eastern Europe and 8 in the MENA regions (Pitchbook data). According to the data of Cambridge Associates, the 10-year return of the PE & VC funds in emerging markets have surpassed the return of any other region including public markets in developed markets. The S&P 500 posted an average of 7.2 percent growth over the same period, whereas the PE&VC in emerging markets posted 9.6 percent, PE in the US posted 9.4 percent, Asia / Pacific PE funds returned 8.3 percent. As this information sinks in with investors, we will see stronger shift in the direction of the high return seeking capital in favor of the CEE / CIS / Central Asia regions.

Another encouraging sign for the PE industry in the region is the work done by international financial institutions (IFIs), especially OPIC, EBRD, FMO, KfW and IFC, aimed at developing the PE industry in the region. For example, EBRD is doing a lot of hard work to build a sustainable PE industry in its region which also covers Eastern Europe and Central Asia. It works to attract institutional investors into the region by sharing their in-house experience, setting return benchmarks, reporting on performance and leading coordination with other IFIs. EBRD also supports institutional initiatives by backing funds focused on SMEs, VCs and innovation. So far, EBRD’s direct equity portfolio made EUR 3.8B. Their realized MOIC is 1.7X, while realized IRR is 13.5% (EBRD Facts shared on the 3rd Executive Briefing on PE in Turkey and Its Environs, 7 Dec 2017).

Growing capacity and number of established GPs in the region is also a strong factor in attracting investors to the region. Most of the reputable, established and high-performance PE funds are now based in Turkey, Poland and UAE. Turkven Private Equity, GlobalTurk Capital, Abraaj Group are one of the few well established funds in the region. GlobalTurk Capital has been successfully organizing the Executive Briefings on PE in Turkey and Its Environs. Turkven has successfully exited 16 businesses as of the end 2017, of which two were done through IPOs in BIST (Istanbul Stock Exchange) and one through the LSE Premium. These exits alone generated more than half billion USD to its investors. It created 9.1X MOIC just in one of its deals, Mavi (the apparel company). Abraaj Group, based in the region, has become a global PE firm with strong brand.

All these trends and facts illustrate the enormous economic, investment and profitability potential of the Eurasia region for the PE industry. The necessary elements and reforms for the takeoff of the region are in the making, albeit slowly but surely, sustained by low global prices for commodities. The PE ecosystem and fund managers with necessary qualifications and passion are in place. IFIs understand the need for increased support to the PE ecosystem and first-time fund managers in the region, and they are willing to adjust their strategy and resources to match the positive developments on the ground. Given the maturity of and signs of overvaluation of assets in developed markets, the Eurasia region is destined to become one of the favorite spots of LPs during the next decade. 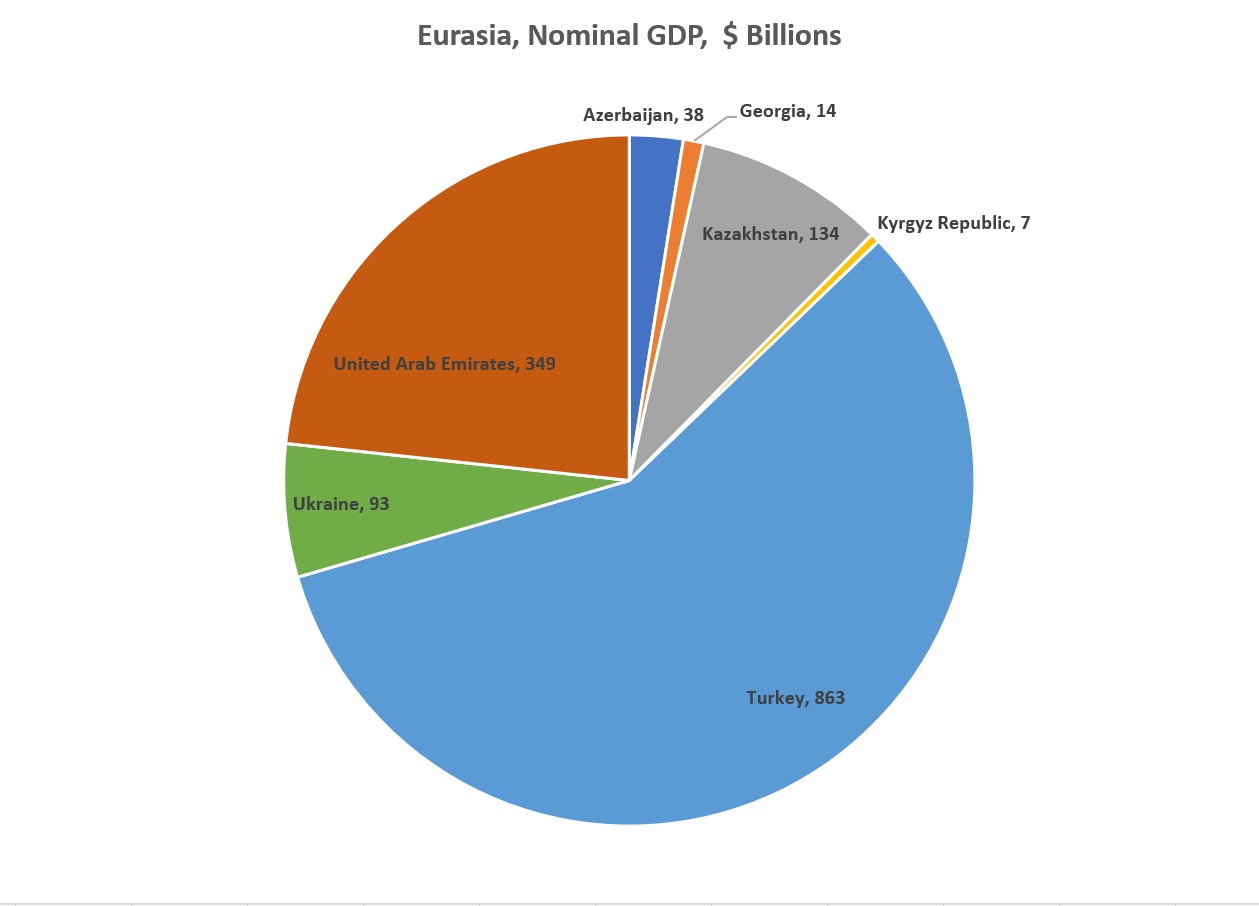